April Komplin is a valuable member of the Celegence team due to her expertise and highly successful career in Quality Management Systems and Regulatory Affairs. At her previous position at a medical device start up, she built their QMS from the ground up and the company is now ISO 13485:2016 certified and will achieve CE Marks for seven medical devices in 2021. Additionally, she covered compliance for 21 locations across North America for an In Vitro Diagnostic device manufacturer.

Why should you watch this video/read the transcript?

A full transcript of April Komplin’s presentation is available to download (and to read below) and just press play to watch the clip now.

Medical device software is defined as software that is intended to be used alone or in combination for a purpose as specified in the definition of a medical device in the MDR or IVDR, regardless of whether the software is independent or driving or influencing the use of a device.

So, let’s talk about the two different options for placing your software on the market, which of course would be relevant to its functionality.

Software may be qualified as medical device software regardless of its operating location. For example, in the cloud directly on a computer, on a mobile phone, or incorporated into a device as a SiMD.

So there are two very important assessment questions for any software medical device manufacturer to start with. Does the device meet the definition of a Medical Device? So you want to be sure to consult the definitions found in both the MDR and the IVDR. Once you’ve moved past that question and answered “yes” to that question, ask yourself, is the device regulated under the MDR or the IVDR? and of course, this is incorporated into its intended use and its functionalities.

The MDR implementing rules can also be found in Annex 8 chapter 2. Application of the classification rules shall be governed by the intended purpose of the devices. Software, which drives or influences the use of a device, shall fall within the same class as the device. If the software is independent of any other device, it shall be classified in its own right. So, there’s your SaMD. If several rules, or if, within the same rule, several sub-rules, apply to the same device based on the device’s intended purpose, the strictest rule and sub-rule resulting in a higher classification shall apply.

Just a question here. Have you begun your MDR transition planning and allocated a notified body under the MDR? Those who have their devices under the MDR are a little bit luckier as there are currently 20 notified bodies designated under the MDR.

Software is classified in its own right (SaMD) or it takes the classification of the device it is incorporated in.

Have you documented your classification, justification, and regulatory strategy? That is, of course, a requirement of both the MDR and the IVDR.

Let’s start with section 4. So section 4 is divided into 3 subsections.

Quality Management System (QMS): The manufacturer of medical device software shall demonstrate the ability to provide software that consistently meets customer requirements and applicable regulatory requirements. A QMS for EU that conforms to ISO 1345:2016 will ensure manufacturers adhere to this requirement.

Risk Management: The manufacturer shall apply a risk management process complying with ISO 14971. And again, risk management goes into further detail in section seven of this standard.

It is essential for medical device software manufacturers to have a copy of this standard. Ensure you also have the 2015 amendment available as important updates are made.

Manufacturers must assign a safety class to their software device. MDR and IVDR implementation does not change the requirements of IEC 62304. Although there may be manufacturers who are previously self-certified, who have not yet fully applied the standard and need to do so to their legacy devices.

It’s recommended to create a control document, which is typically a report against your compliance to IEC 62304 that is maintained within your quality management system.

Software medical device manufacturers should complete and maintain an IEC 62304 gap analysis. This gap assessment or gap analysis should be created against the device’s safety class. As there are different requirements throughout the standard based on whether the device is safety class A, B or C.

IEC 62304 section 4 requires a gap analysis and follow up activities. The 2015 amendment has added this requirement for legacy devices. For example here, section 4.4 of the standard reads taking the perform gap analysis into account, the manufacturer will evaluate the potential reduction in risk resulting from the generation of missing deliverables and associated activities and create a plan to perform activities and generate deliverables to close these gaps.

Just to note here that Celegence has great IEC 62304 gap analysis tools. So contact us if you would like any assistance with that.

Celegence’s expert medical device team can provide you with flexible and specific services based on your particular therapeutic area, classification of the device, and notified body requirements to be compliant with all the EU MDR requirements. For more information, reach out to us at info@celegence.com.

Get instant access to this must see IDMP webinar series! 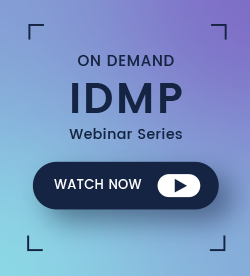